Asymmetric/Unconventional warfare is not a new phenomenon, and the concept of “booby traps” and improvised explosives have a long history. In the contemporary operating environment though, IEDs are the primary cause of Warfighter fatalities. While the idea isn’t new, the means and methods change rapidly. In order to better train the Warfighter how to understand and deal with these threats, the Mobile Counter-Improvised Explosive Device Interactive Trainer (MCIT) endeavors to create a training environment that helps to better prepare the Warfighter for IED attacks, and move towards helping to more quickly develop a “6th sense” in-theater.

The goal of the MCIT is to deliver training that meets the learning objectives identified by Central Command (CENTCOM) and the Joint Improvised Explosive Device Defeat Organization Joint Center of Excellence (JIEDDO JCOE). Central to this is the ability for U.S. forces to recognize an emplaced IED under a variety of complex attack scenarios in the contemporary operating environment. The ICT took a “first principles” approach to counter-IED training, focusing on understanding how terrain is a weapon, reading atmospherics, and helping the Warfighter “think like an insurgent” so they can make predictions and be proactive rather than reactive.

Given the short timeline for delivery of the initial MCIT trainer at Ft. Bragg and Camp Pendleton, an accelerated research and development approach was used. The initial design was performed in parallel with the underlying research and development necessary for a more fully interactive, immersive and holistic approach to C-IED training. Working with educational psychologists and military Subject Matter Experts (SMEs), and combined with feedback from the initial “v0.5” deployment, the ICT developed the Experiential Counter-IED Immersive Training Environment (ExCITE) that combines a rich suite of physical, visual, aural, and virtual elements including narrative video and multiplayer red vs. blue game for deliberate practice.

The current design consists of a series of four (4) modified 40′ Conex boxes (CBs). The first three CBs introduce the various types of IEDs and familiarize Warfighters with how insurgents utilize IEDs, both from the BLUFOR and OPFOR viewpoints. Narrative story vignettes from an insurgent bomb maker and US Soldier or Marine help deliver the training materials and guide the trainees through the self-paced experience. CB2 is modeled after an Afghan bomb maker’s residence and includes aspects of search training as well as component identification and emplacement tactics. In the last box, CB4, the learning Warfighters assume the roles of being an insurgent ambush team as well as mounted patrol and take part in an interactive red vs. blue exercise. A Debrief will be provided following the experience to assess what the Warfighters have learned.

Goals
Use storytelling, video games and IED components to: 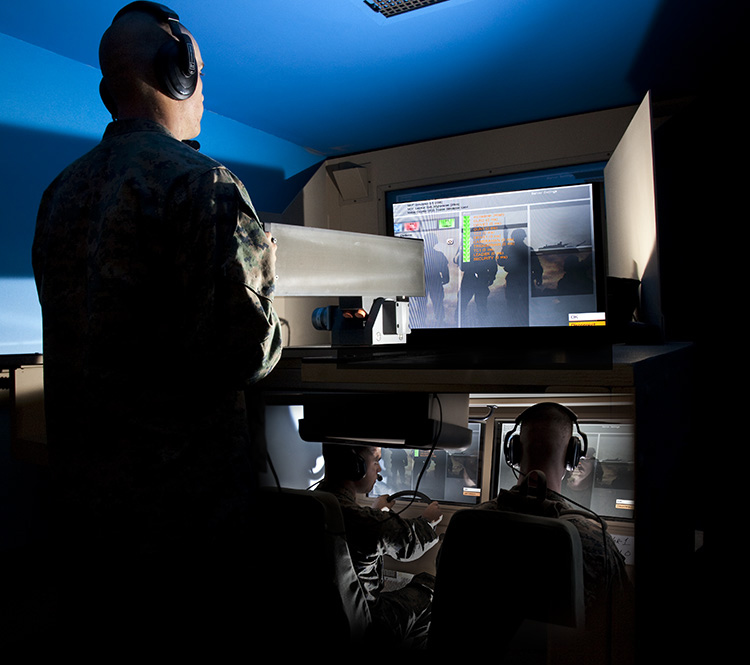 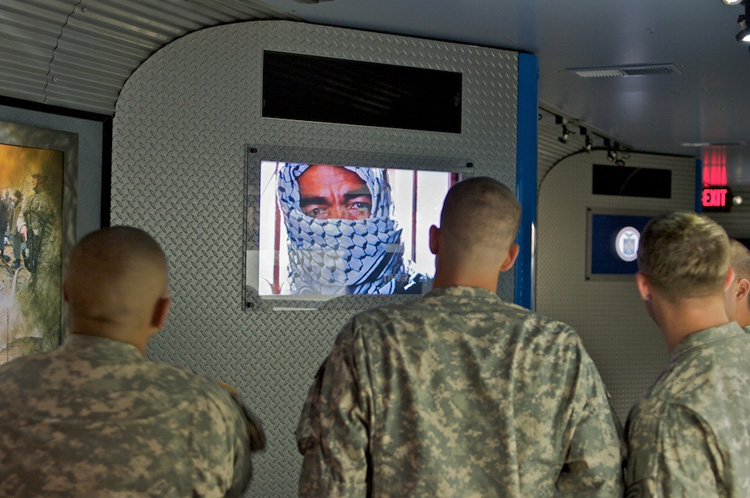 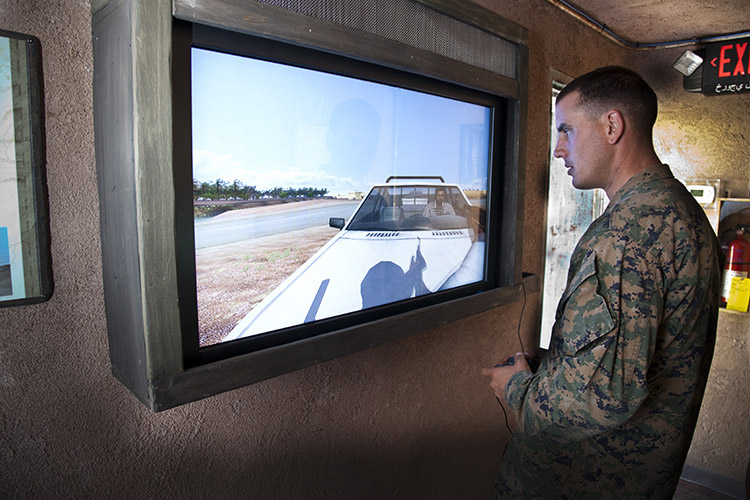 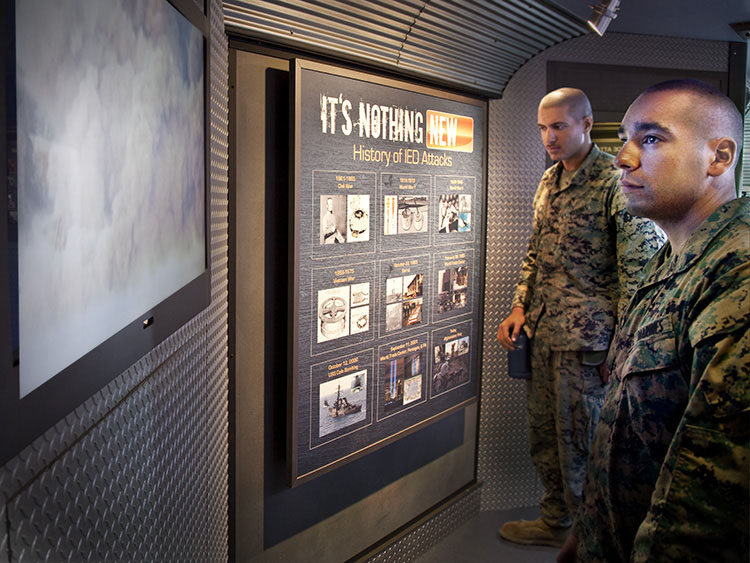